The much anticipated Contender Asia Season Two is said to have the highest prize money ever to be paid out in the sport of Muay Thai. Build up and qualification events are currently being held around the world from Cape Town to Brisbane, from Singapore to Calgary, from Zurich to London, from Las Vegas to Amsterdam… and all roads will lead to Trengganu, Malaysia.

Winners of their respective qualifiers will receive the Key to Malaysia from H.E. The Ambassador of Malaysia.

Besides visiting the beautiful city of KL, the group also went to Terrenganu province to visit the islands. Many aspects must be taken into consideration such as location, accommodation and other resources for setting up a production of such a scale.

Promotion Events are taking place around the globe to promote CA2, as the world is counting down to The Contender Asia 2 in Malaysia.

Season Two Muaythai Contenders will competing over 15 weekly bouts and a final to win US$450,000 cash. CA2 is expected to reach more than 100 million households in 23 countries

Total production cost is estimated to be US$10 million (RM37 million), out of which 30 per cent will be borne by Mark Burnett Production.

Filming is expected to take place from early next month to May, and to air in early June.

The live finals, will take place in early September 2009 at the very impressive Stadium Bukit Jalil, located in the National Sports Complex to the south of the capital city of Malaysia, Kuala Lumpur which has a 100,000 capacity all-seater.

so the the series will be held at bukit jalil?

Season 2 of the show will start filming next month at 11 destinations, including four Unesco World Heritage sites in Malacca, Penang, Sarawak and Langkawi.

The show, expected to air in October, will have 16 fighters from 14 countries competing for "The Contender" title at a purpose-built set in Petaling Jaya.

Tourism Minister Datuk Seri Dr Ng Yen Yen said the projected revenue spin-offs from it would not only boost tourism but elevate Malaysia's profile as a modern, progressive, charming and peaceful country.

The show is expected to be watched by 1.2 billion viewers in 60 countries.

Dr Ng said: "I hope Contender Asia can increase awareness of the wonderful sights and sounds of Malaysia as a preferred holiday destination or the best option for a second home."

She said the ministry expected a good promotion for Malaysia My Second Home Programme through the show.

She has directed tourism action councils at the respective destinations to support the filming and minimise red tape when dealing with local authorities.

She was speaking at a press conference to announce that Malaysia would host the kick-boxing show.

Malaysia won the US$1 million (RM3.5 million) bid to bring the cast and crew of Contender Asia through Osys Group, an open system developer which also specialises in biotechnology and aviation industries.

Group managing director Muhd Shahnaz Azm said Malaysia was lucky to have won the bid as 10 countries, including Thailand, where Muay Thai originated, had submitted bids.

Two local Muay Thai fighters will represent the country in this season's show, which comprises 15 weekly elimination rounds followed by the final round to win US$250,000.

Contender Asia was one of the highest-rated reality television shows that achieved the No. 1 spot when it aired on the AXN channel between January and April last year. 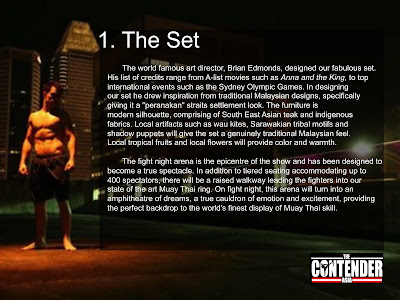 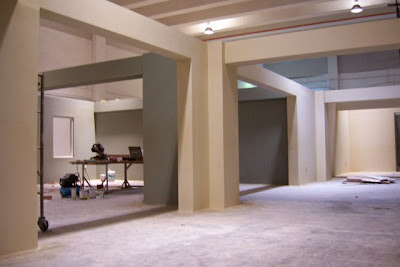 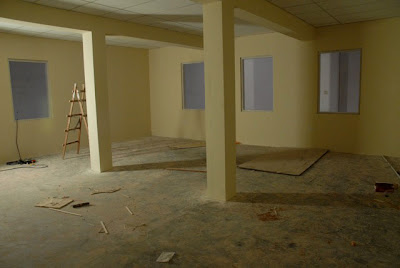 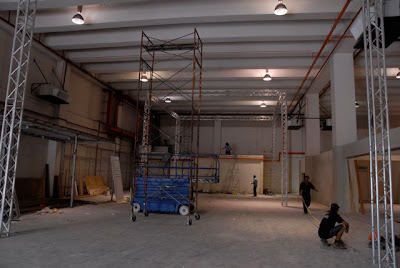 No Expenses spared going into the preparation of the set. With names like Brain Edmunds of Anna and the King and Michael Koepke of Ironman set.. the organisers are going out of their way to make this a world class production. 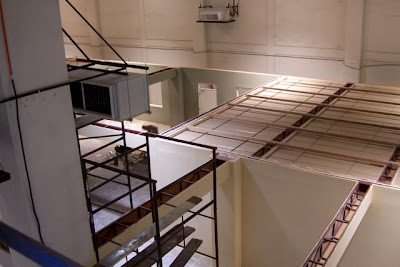 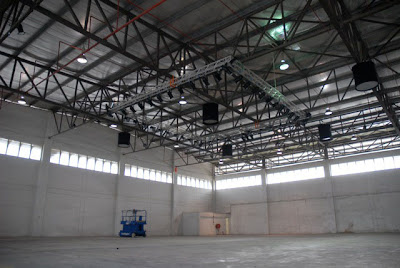 why arent there any fighters from the philippines in contender asia?

END_OF_DOCUMENT_TOKEN_TO_BE_REPLACED 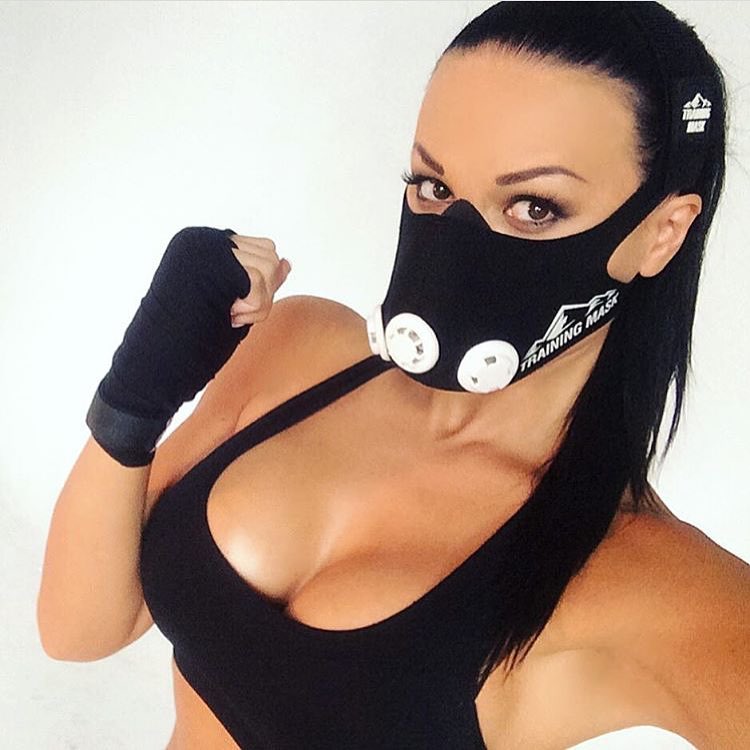